Marcel Moyse … Voice of the Flute

The French flautist and teacher Marcel Moyse was one of the most influential teachers not only in the development of flute playing but for woodwind players in general.

One of his students, Paula Robinson, in her forward to his biography described his almost magical influence:

“we were all changed forever. I can only describe the experience as a kind of alchemy: when we walked into Mr Moyse’s studio we were one kind of player, and when we left we were another. We were richer, deeper. We were shaken, exhilarated, and illuminated.”

“In our minds we tried to recreate his gesturing hands, his sparkling eyes, his voice coaxing and pulling the music out of us.”

“His touch turned us into pure gold, sometimes for an instant …. It then became our task to stretch those moments into a lifetime of artistry”.

Moyse’s legacy has influenced every generation of players, including his own students, James Galway, Trevor Wye and William Bennett, and through their teaching flute players in orchestras on both sides of the Atlantic and around the world to the far east. 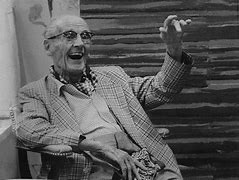 Entering the Paris Conservatoire in 1905, Moyse studied with such great teachers as Paul Taffanel, who is regarded as the father of modern flute playing, and Phillipe Gaubert. He had an illustrious career as a performer, developing a unique lyrical style, imitating the vibrato and phrasing of great string players such as Kreisler and opera singers like Caruso. He played for many years with the Paris Opera which influenced his ideas about listening to vocalists, developing tonal flexibility through practising nineteenth century operatic arias.

He published many pedagogical books on interpretation and technique, many of which are still used today including “Tone Development Through Interpretation”.

As a player he took part in many firsts including the premiers of Ravel’s “Daphnis and Chloe” and Stravinsky’s “Petrushka” and the “Rite of Spring”, but it is probably as a teacher that he will be most remembered and made his greatest mark on musical history.

He lived to the age of 95 and was asked near the end of his life if he still played the flute. “Yes”, he replied, “one note every day”. When asked which note, he answered “ahh, that is the problem!”

Here is a link to a masterclass that Moyse gave in Copenhagen in 1969 which will give a unique glimpse into this great teacher’s work.